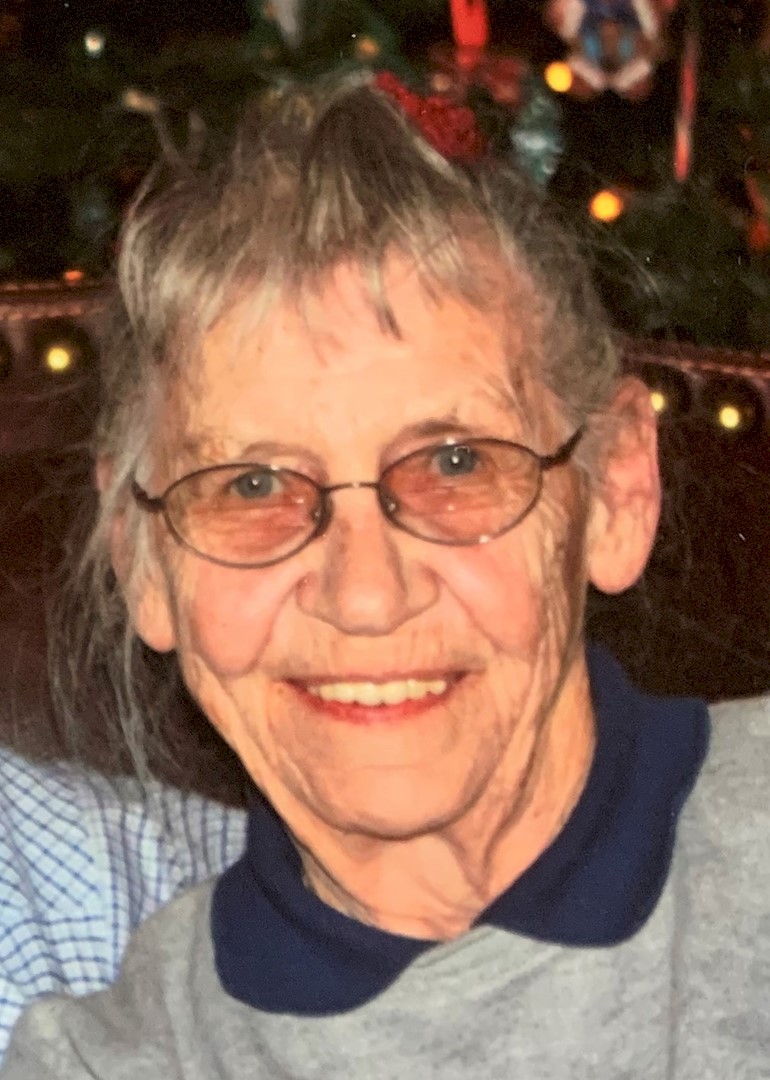 Visitation will be held one hour prior to the funeral service at the fire hall.

of Interior, South Dakota, died on Thursday, August 13, 2020 at the Kadoka Nursing Home at the age of 86

Beverly Page was born on February 7, 1934 in Rapid City, South Dakota to Paul and Altena “Elaine” Berry, the first of five children. Her childhood was spent on the Corn Creek Place and later the Blackpipe Ranch near Norris.

She attended White River High School graduating in 1952, then onto Black Hills State to get her two year teaching certification, shortly after, her and her friend Teresa moved to Wickenburg, Arizona where she sold western clothing by day and trained dude ranch horses in the cool evenings. Upon the sudden passing of her father in 1955 she returned home to help with the ranch.

Beverly also taught elementary K-8 at numerous western South Dakota country schools, educating students in the fundamental three R’s and of course, music, was something she was immensely proud of. She was united in marriage to Dennis Page in 1972 bringing a young daughter, Jody, into the family. She hung up her teaching hat and they made their home on the Dan Page ranch for a couple of years before moving down the creek onto a place they could call their own! Through drought, blizzards, and dire financial conditions of the 70’s Beverly was Dennis’ right hand man, bookkeeper, and gardener. She helped keep the ranch afloat while raising a couple of children. During Jeff’s years attending Kadoka High School she moved into town and was the owner of the only fabric store in Kadoka. During this tenure she built and sold over 30 Victorian era dresses for South Dakota’s 1989 centennial, her skills of a competent seamstress were proudly worn by several ladies. Later her and her good friend Dorothy invested in a couple quilting machines and Corn Creek Calicos was born in the same year in Interior. Her fondest venture and truly her labor of love was making quilts for “Quilts with Love” which was a nonprofit venture that was started by a lady in Missouri. Beverly along with several other ladies from surrounding states donated quilts and care packages to United States Military personnel that were stationed overseas. In her twilight years she developed a love for baseball spurred on by her grandkid’s talent. She rarely missed a Rockies game and never missed a Razorbacks game!

She was a rare gem that will be missed.

She was preceded in death by her parents Paul and Altena "Elaine" Berry; a stillborn daughter Sara Kay Page on March 14, 1973; sister-in-law Gail Berry; and brother-in-law Dick Fanning.

Visitation will be held one hour prior to the funeral service at the hall. 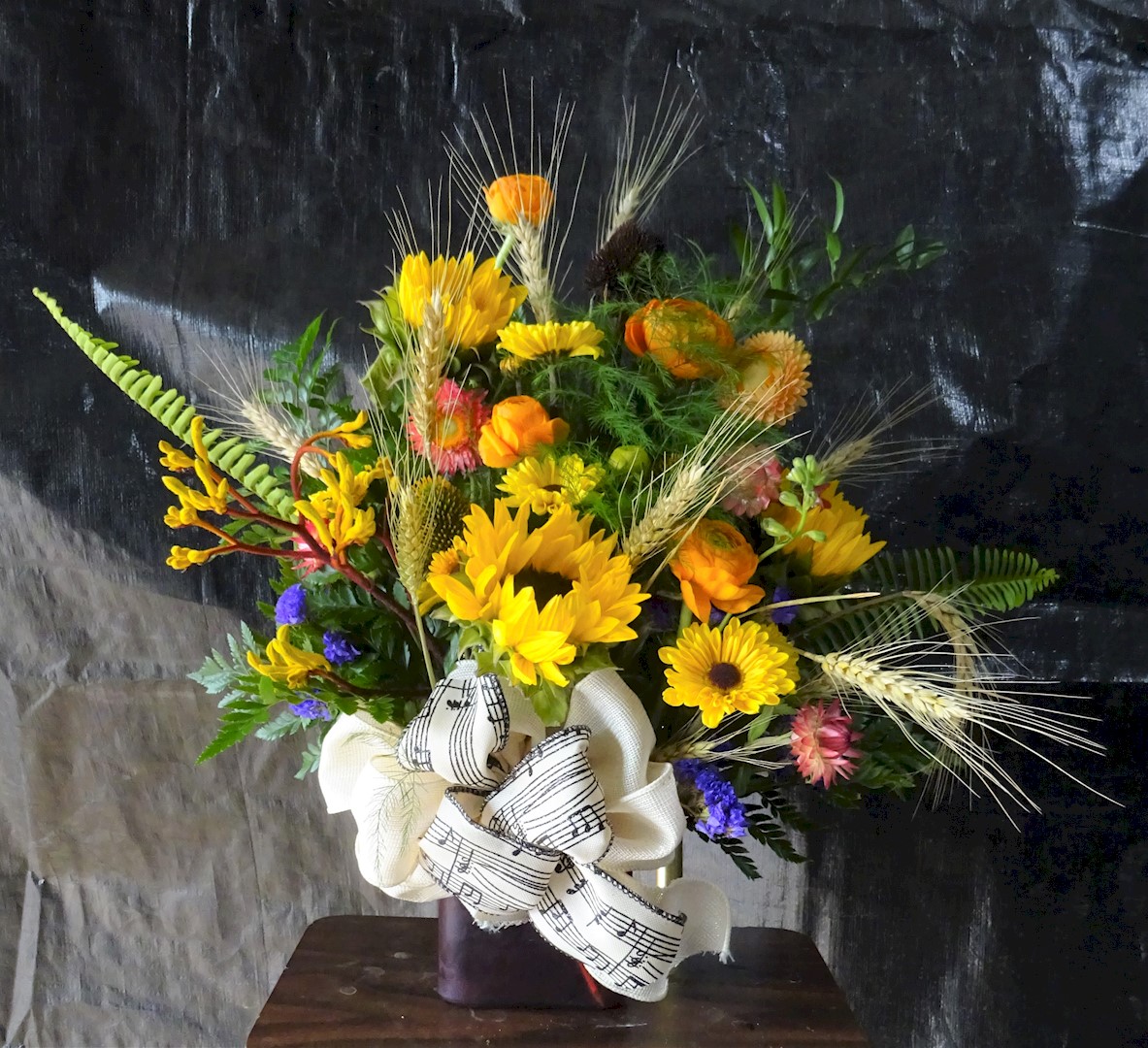 Flowers from Sandy Phillips and Jim Handl; Gwen and Jerry O'Hair; and Lloyd and Jean Estes 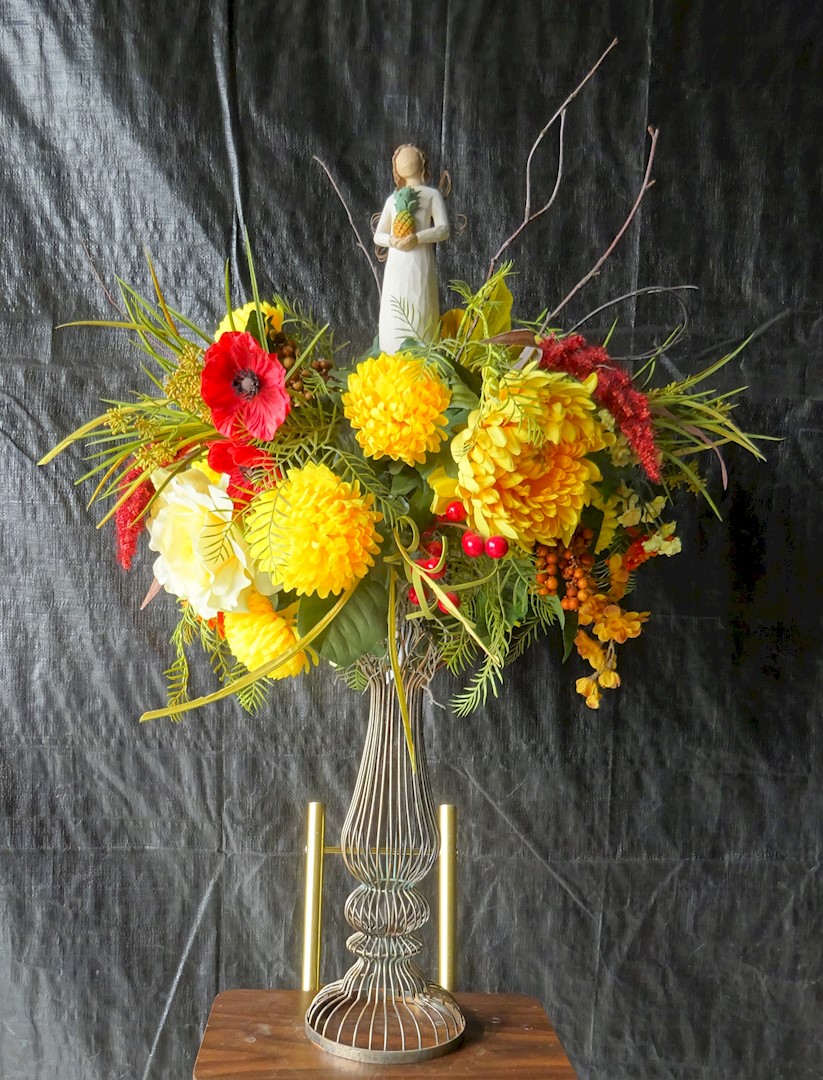 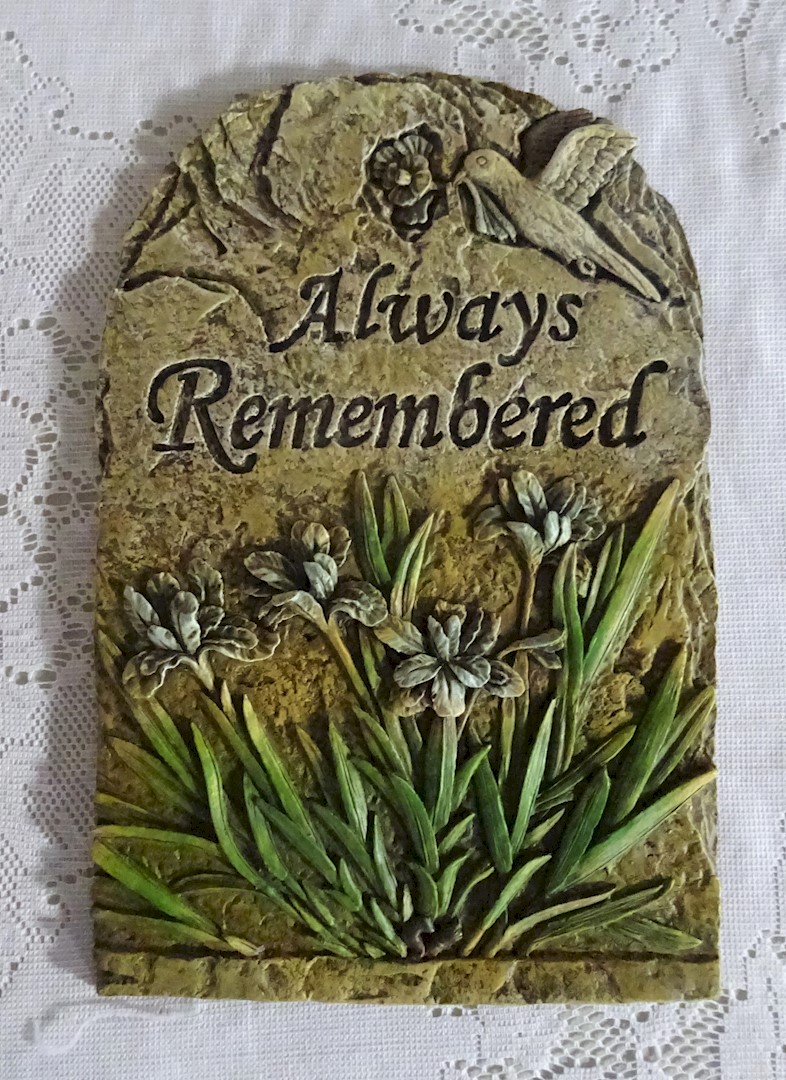 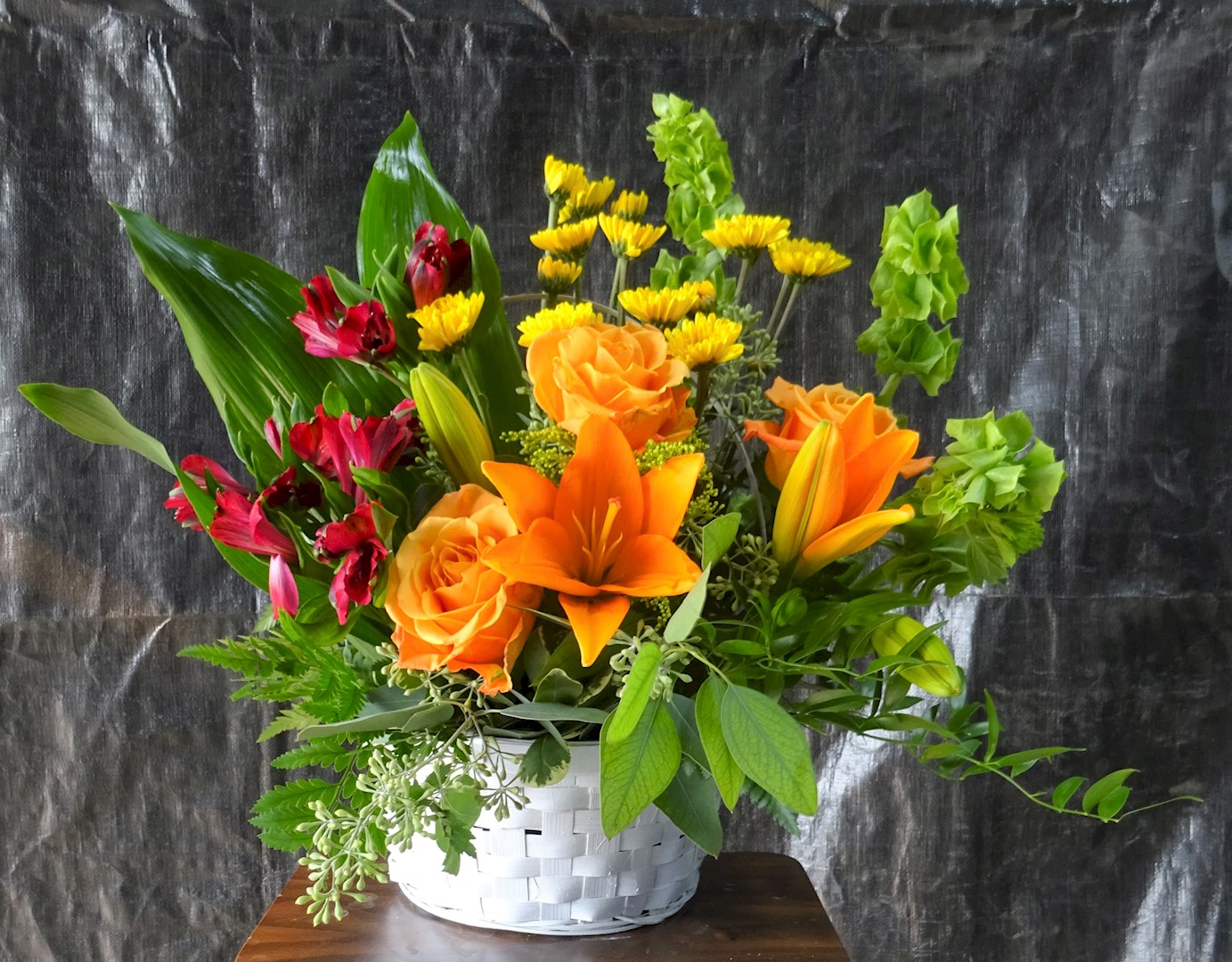 Flowers from Your Friends at Xcel Energy - Amarillo, Texas 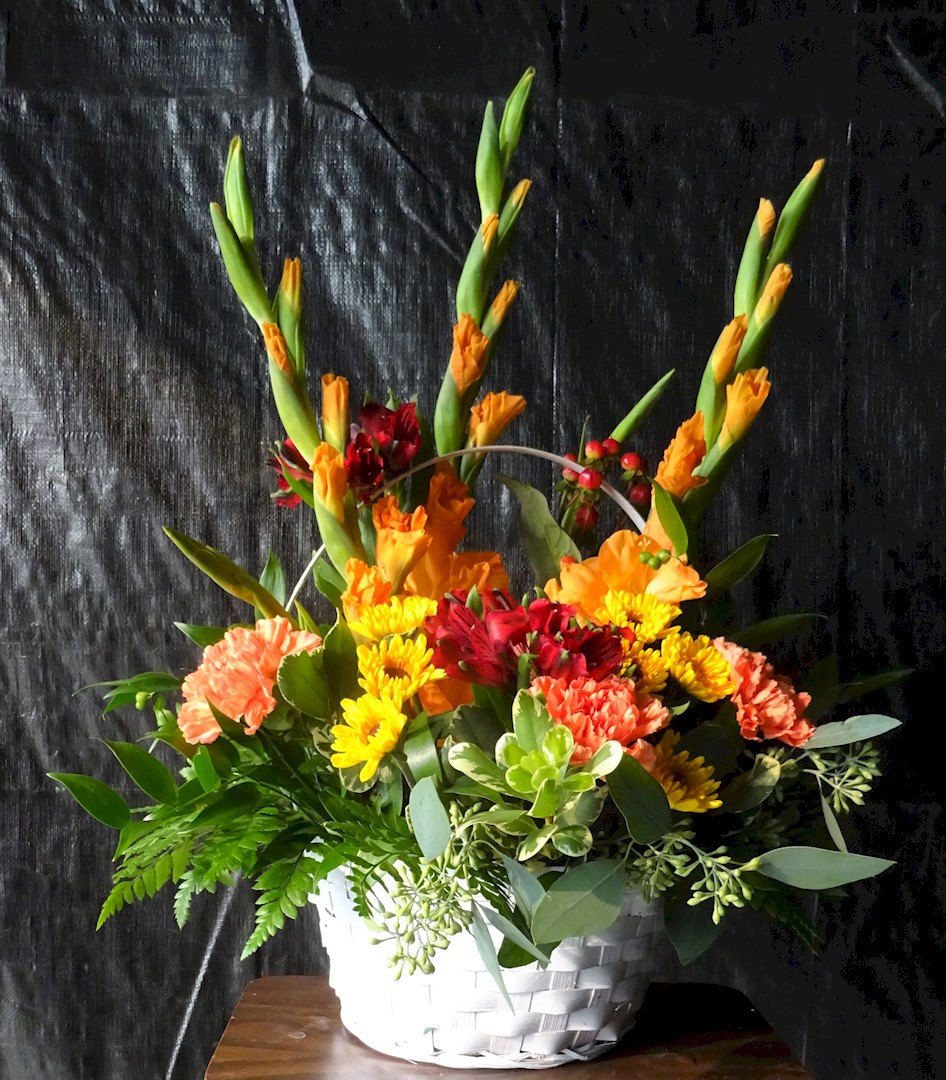 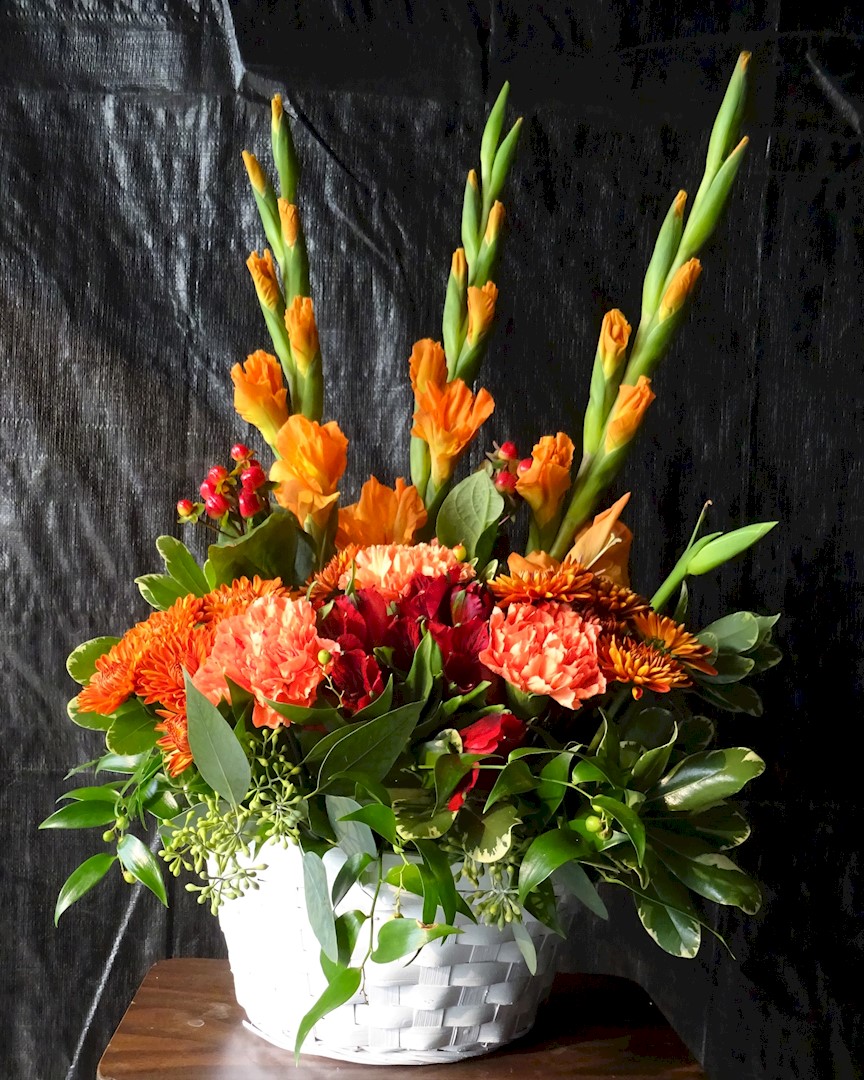 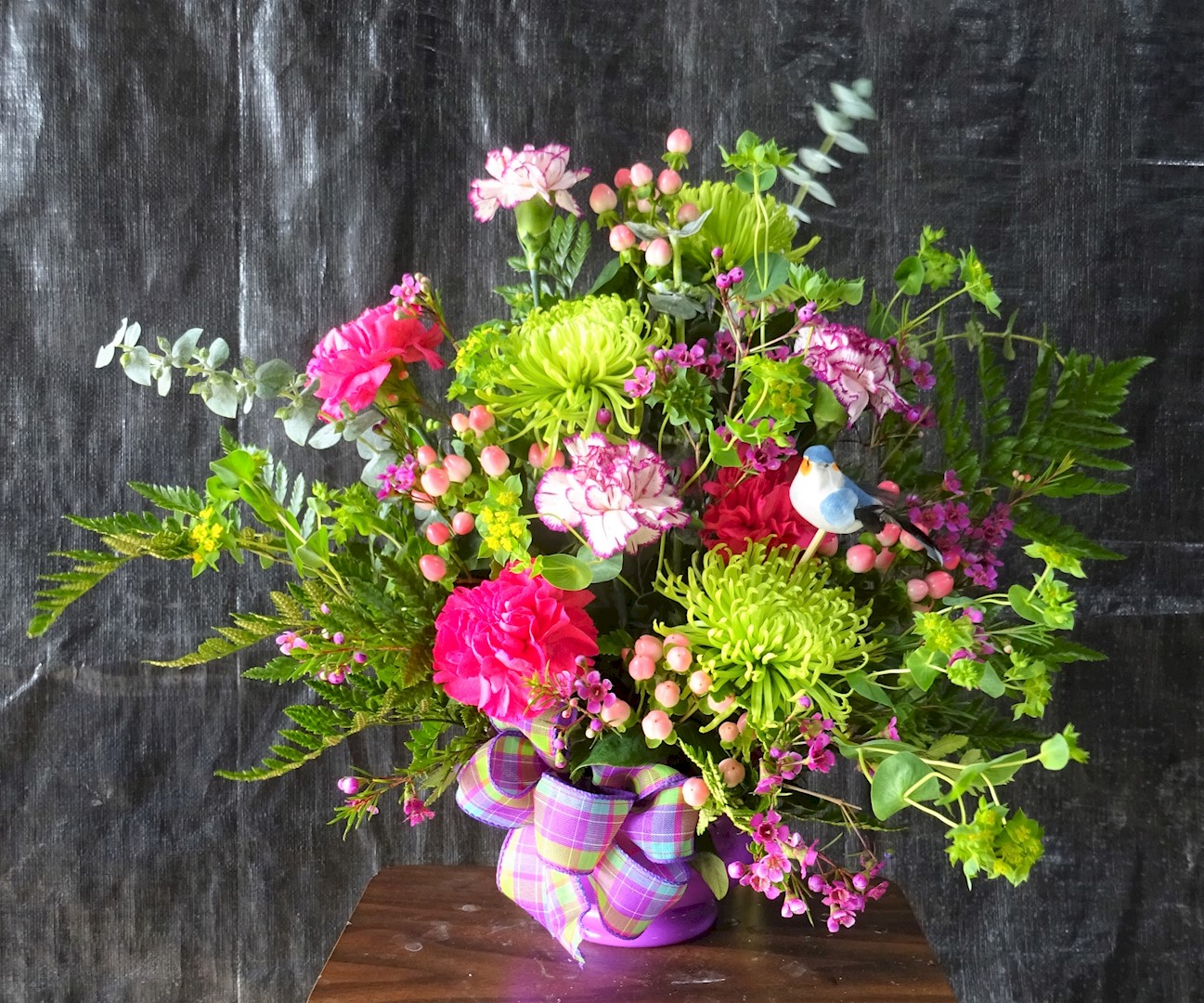 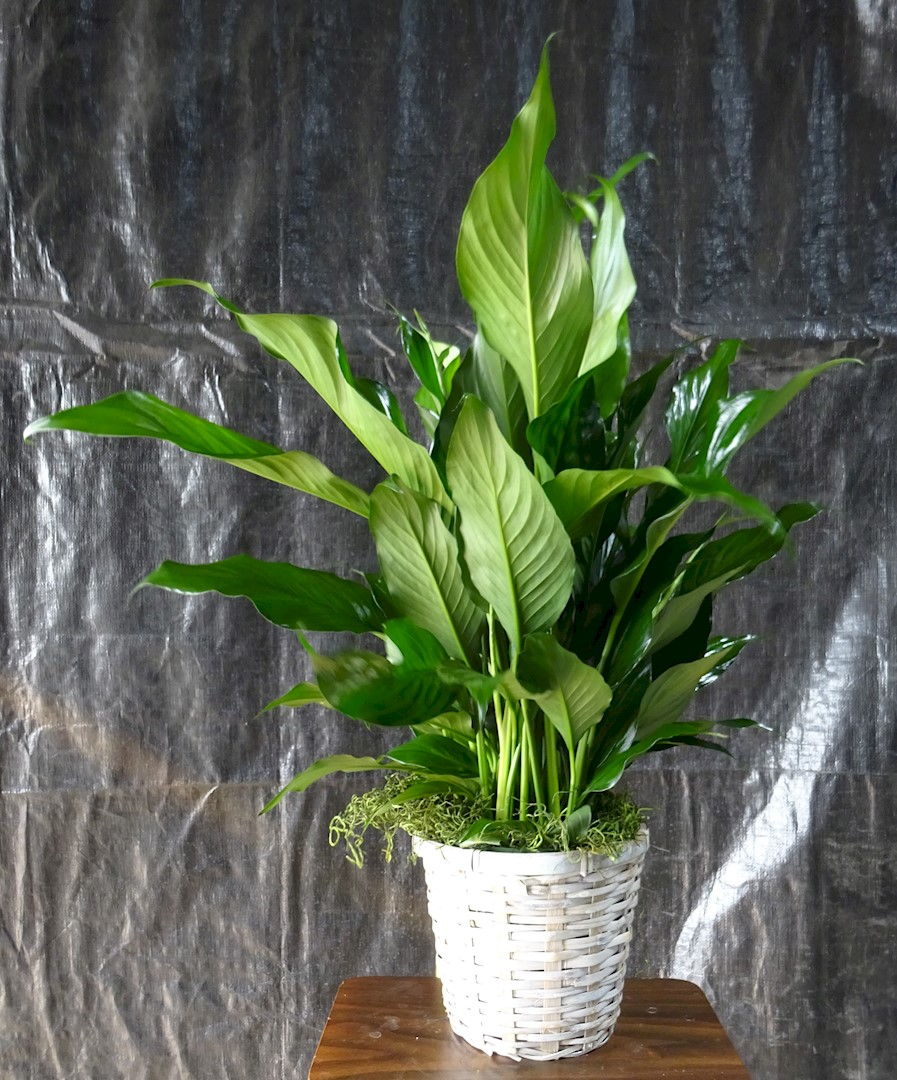 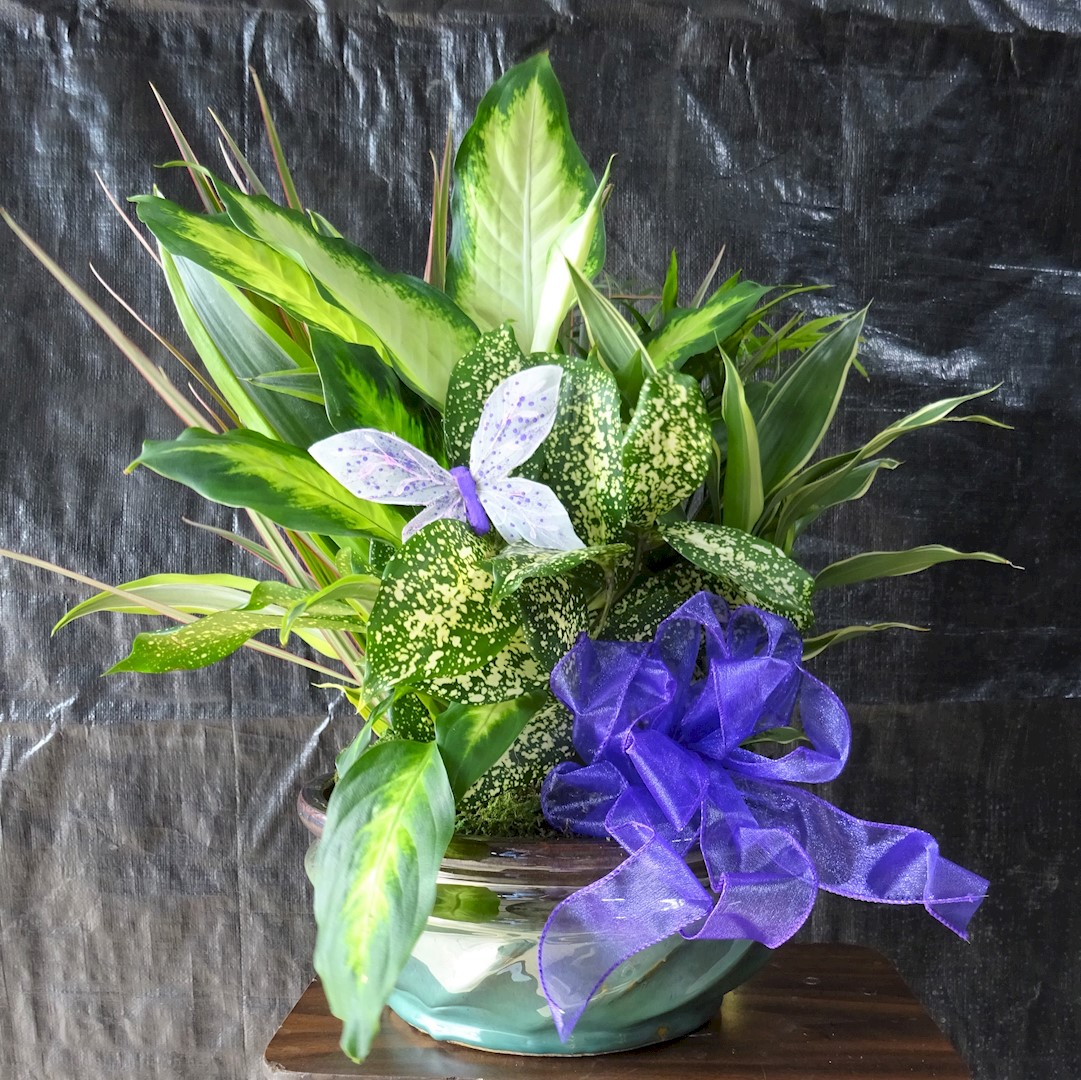 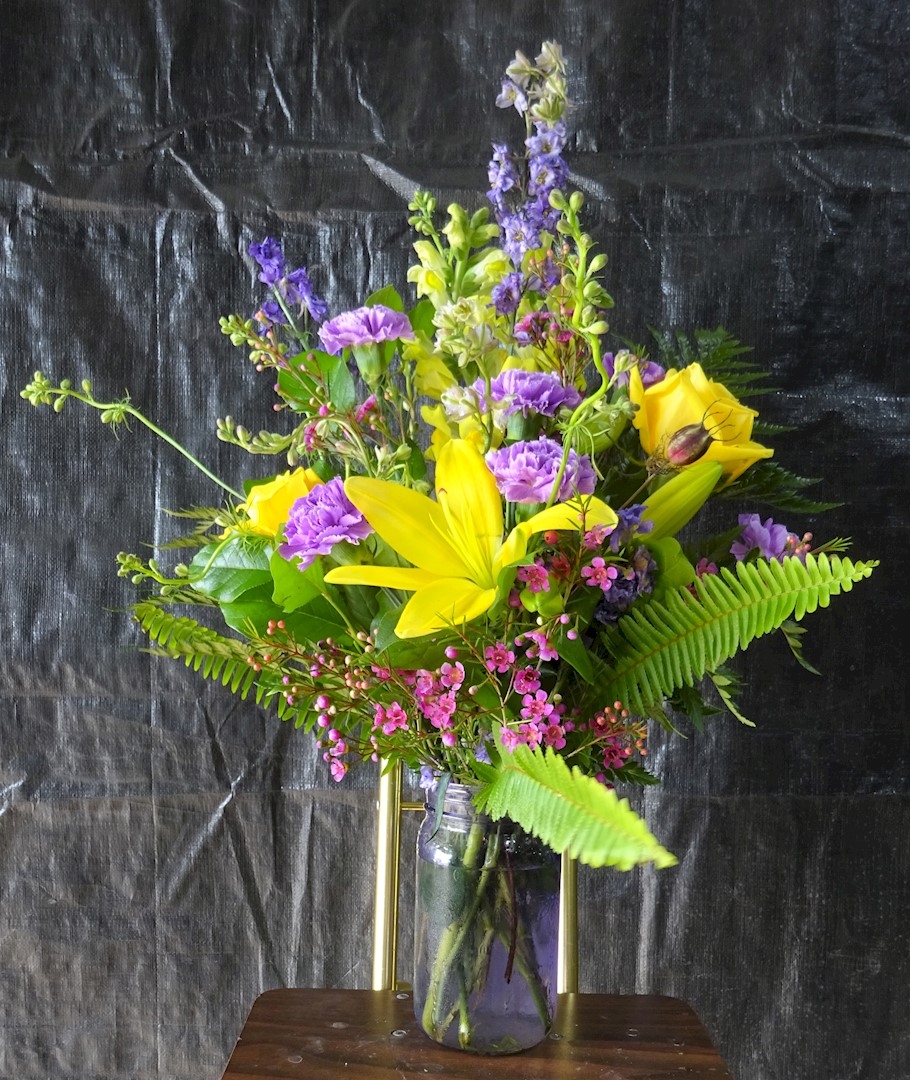 Flowers from Sister Susie and Family 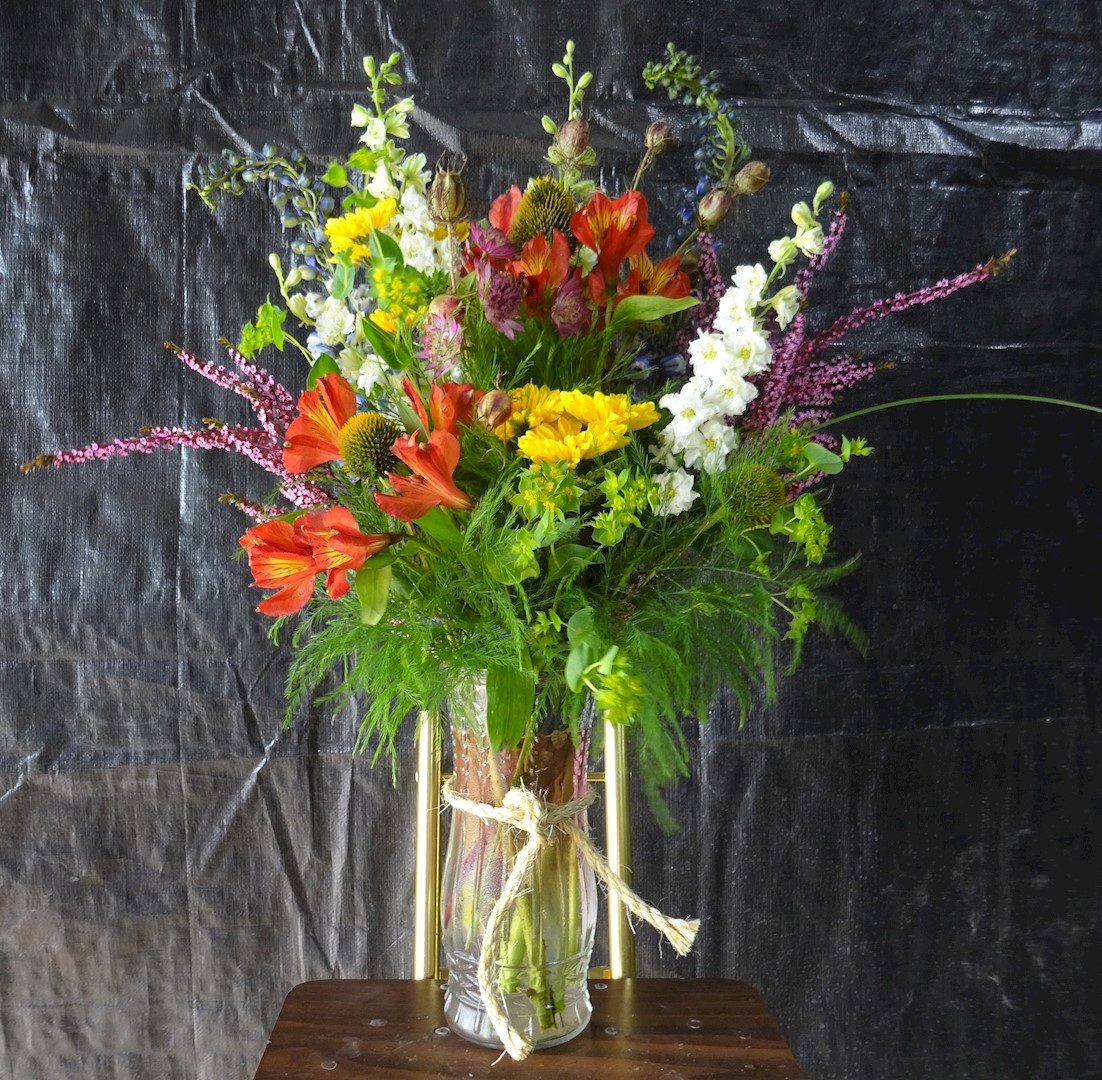 Flowers from The Tucker Girls - Tracy, Susan, Laurie, and Angela