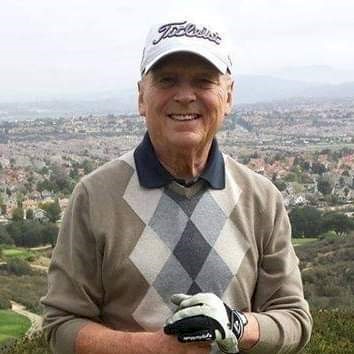 of Philip, South Dakota and formerly of Burlington, Iowa, died on Saturday, February 1, 2020 unexpectedly in Chula Vista, California at the age of 74

Danny Lee Kramer was born July 10, 1945, to Beryl and Lois Kramer. He was raised on the family farm in New London, Iowa. After graduating from New London High School in 1963, he attended the American Business College in Rapid City, South Dakota where he met Linda Lee Long. After dating for some time, the two decided their paths would go separate ways. Linda later married John (Jack) Still in 1967, who passed away in a plane crash in 1968. Danny and Linda met again and rekindled their relationship.

In June 1970, Danny and Linda were married in Davenport, Iowa. During their careers, they had the opportunity to reside in a number of states, including Illinois, Iowa, Michigan, Washington and California. During his career, Danny achieved significant success at General Motors Acceptance Corporation (GMAC). After beginning with GMAC in Carthage, Illinois, Danny was promoted to the Moline, Illinois branch in 1975.

In 1981, Danny bought his first personal computer and shortly thereafter taught himself how to write computer software. He utilized his skills to voluntarily automate processes within GMAC. After utilizing some of his newly created programs nationwide, GMAC promoted Danny to Executive Office of General Motors in Detroit, Michigan. He continued having considerable success with GMAC and was subsequently promoted to branch manager in positions in Seattle, Washington and Highland, California.

Following retirement, Danny and Linda moved from Moorpark, California to Burlington, Iowa. In 2007, they purchased a motor home so they could spend more time visiting family and friends around the country. In June 2012, they sold their home in Burlington to follow their dream of becoming fulltime RV'ers. God called Linda home on April 6, 2013 and Danny continued his adventures as a fulltime RV’er. Prior to his passing, Danny enjoyed sharing time with Linda Smith of New London, Iowa.

He was preceded in death by his wife.

Visitation for Mr. Kramer will be held from 10 – 11 AM, Saturday, May 16th at Elliott Chapel in New London, Iowa.

According to his wishes, his body has been cremated and inurnment of his cremains will be held in Scott Cemetery, rural Winfield, beside his beloved, Linda.

In lieu of flowers, memorials may be directed to the American Lung Association and can also be mailed to 22400 Willow Creek Road Philip, SD 57567.