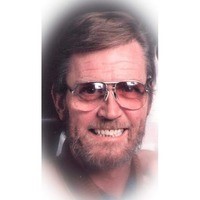 of Rapid City, South Dakota, died on Friday, January 1, 2021 at his home with his loving wife Charlotte at his side at the age of 71

Deane was born May 5, 1949 in Mitchell, South Dakota the son of Wayne Goss and Mabel Taylor Goss. He was one of the twins; his twin sister was Diane Ellen Goss. They lived in Mount Vernon, South Dakota until moving to Sturgis, South Dakota. It was there that Wayne and Mabel ran a café and lived above the business. They moved to Rapid City in the later 1950’s where Deane and Diane went to school. After their mothers death, their sister Margo and her husband Ken Lutjens, took guardianship of the twins and raised them along with Dawn (Coyle) and Gus. They finished middle school at Rapid Valley Elementary and graduated from Rapid City Central High School. Deane then attended Aviation Mechanical School in Minot, North Dakota and later graduated second in his class.

He married Vicky Potter and to this union Barbara, Jackie, and Tracy were born. The girls were the highlight of Deane’s life.

Deane’s start of his working career was Mechanic/Tire Busting, and he enjoyed many Tire Busting competitions over the years. He retired as a custodian at the School of Mines and Technology.

Deane met Charlotte Sugden, his wife and the love of his life. They spent 34 wonderful years together.

Grateful for having shared his life are his wife Charlotte; daughters: Barbara, Jackie and Tracy; step sons: Troy, Chris and Travis; grandchildren, great-grandchildren, and numerous other friends and relatives.

Deane will be dearly missed and his sense of humor will always be remembered.