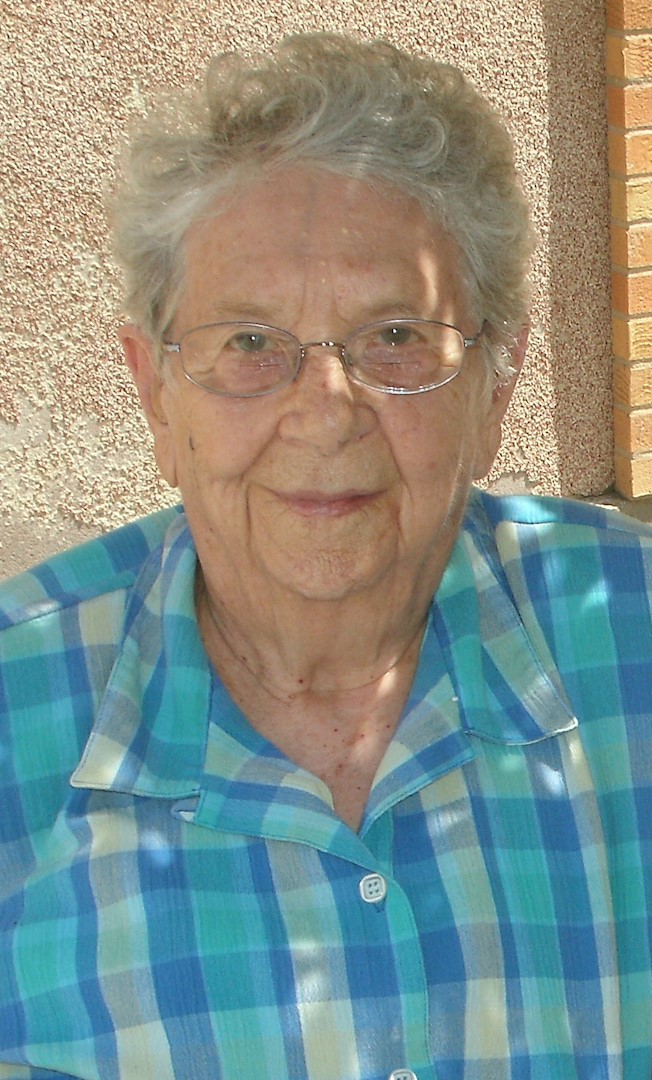 of Philip, formerly of Murdo, South Dakota, died on Tuesday, December 8, 2020 at the Philip Nursing Home at the age of 103

Marjorie F. Anderson was born September 14, 1917, to Harry G. and Edith (Smith) Mills at rural Kennebec, South Dakota. She grew up on a farm in Lyman County, South Dakota and attended Rose Center School for eight years before graduating from Kennebec High School in 1934.

Marjorie received her teaching certificate from Southern State Teachers College in Springfield, South Dakota and taught three years in rural Lyman County. She worked several years in the ASC office in Lyman County and at the ASC office in Murdo. She also was the Jones County Clerk of Courts from 1967 to 1985. For several years before becoming Clerk of Courts Marge was a secretary for Attorney C.D. Kell and worked as a nurse’s aide at the Murdo Hospital.

On June 11, 1943 Marjorie was united in marriage to Paul A. Anderson in the Lutheran parsonage in Presho, South Dakota. They have made their home in Murdo all their married life. After retirement they ran the Anderson Motel, enjoyed several bus trips around the USA and were able to visit Paul’s brothers grave located in the Hawaiian Islands. Paul died in 2009 after 66 years of marriage.

Marge moved to the Philip Nursing Home in May 2013 where she resided until her death. At her passing Marge had lived longer than any other member in the history of her very large Charles Peter Smith family.

Marjorie was preceded in death by her husband Paul on November 4, 2009; her parents; two brothers; and four sisters.

A memorial visitation will be held from 10:00 a.m. - 1:30 p.m. CST with a memorial service beginning at 1:30 p.m. on Saturday, July 24, at Messiah Lutheran Church in Murdo. Interment will then follow the memorial service at the Murdo Cemetery.

In lieu of flowers memorials to honor “MOM Anderson” may be sent to the Jones County Seniors for Service or the Messiah Lutheran Church.