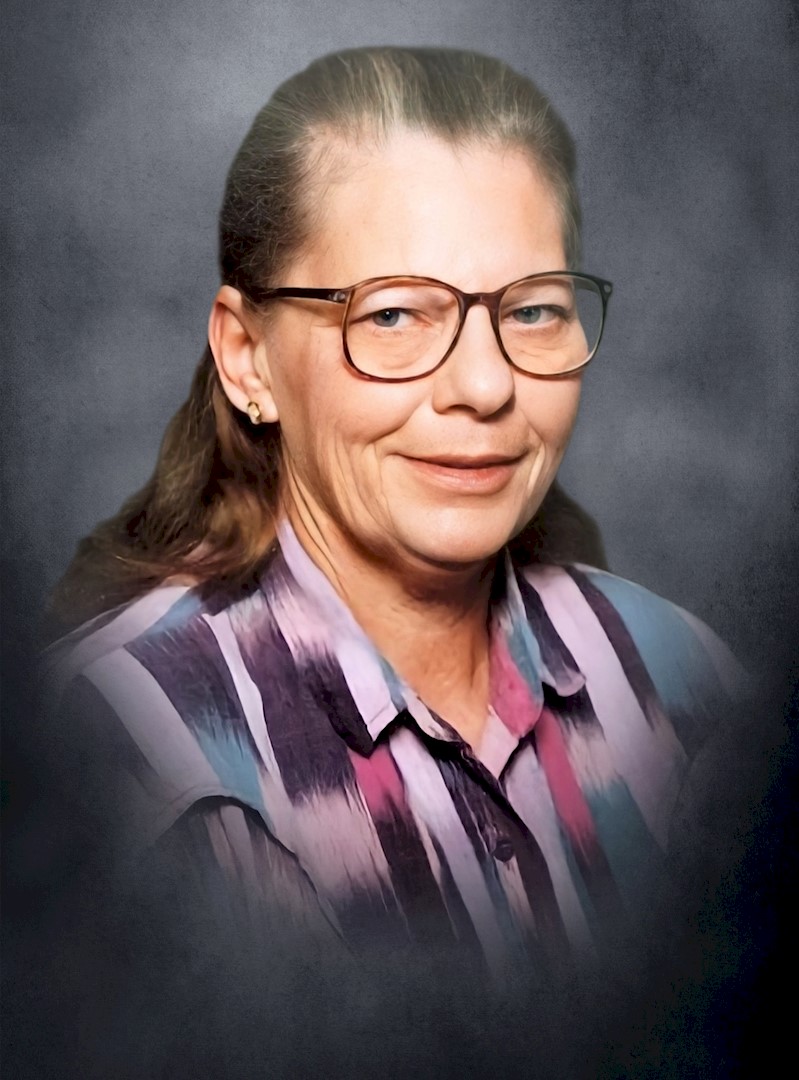 Joyce Arlene Byrne was born February 18, 1942, in Scottsbluff, Nebraska, the second of six children born to James and Beulah (Klingaman) Byrne. She grew up southeast of Martin, in Harrington, South Dakota where she attended grade school. She then attended St. Francis High School and later Bennett County High School.

In 1960, Joyce was united in marriage to Clifton Butcher in Rapid City, South Dakota, and to this union were born three children, Bernadine, David and Bev.

After their marriage they made their home in Kadoka where she worked in the kitchen at Kadoka School. She also cooked at the H&H Restaurant, the Husky Truck Stop, and at the Nyvold’s Restaurant on Main Street. In 1982, Joyce moved to Rapid City and acquired her CDL, and began over the road trucking.

In 1998, she moved to Big Piney, Wyoming where she worked at the Flicks and Pins Movie Theater and Bowling Alley. She continued to work there until Covid-19 forced her retirement in 2021. She continued to make her home in Big Piney until her death.

Joyce enjoyed bowling, and was on a bowling league while in Kadoka, and bowled with her father-in-law Doc Butcher. She sewed many dresses and clothes for her family, and enjoyed spending time with family and friends.

Survivors include three children Bernadine “Bernie” Butcher of Box Elder, David Butcher and his wife Lisa of Newtown, North Dakota, and Beverly Conner and her husband Buddy of Newcastle, Wyoming; 17 grandchildren; 17 great-grandchildren; one great-great-granddaughter; a brother Donnie Byrne and his wife Shirley of Miles City, Montana; and two sisters Reva Good of Box Elder, Kathy Peterson and her husband Floyd of Rapid City.

Joyce was preceded in death by her parents; a brother Leroy Byrne; a sister Rosalie Thompson; two brother-in-laws Jerry Good and Charles Thompson; a stillborn granddaughter Shannon Butcher; and her maternal and paternal grandparents.

Memorial services will be held 11:00 a.m. Thursday, June 2, at the Martin American Legion in Martin with Pastor Kathy Chesney officiating.

Interment will follow at Our Lady of the Sacred Heart Catholic Cemetery in Martin.

A celebration of life gathering will be held at 12:00 p.m. Saturday, June 4, at Spur Park in Big Piney, Wyoming.

MUSIC
“Amazing Grace”
“How Great Thou Art”
“I Can Only Imagine”

HONORARY PALLBEARERS
All of Joyce’s Grandchildren