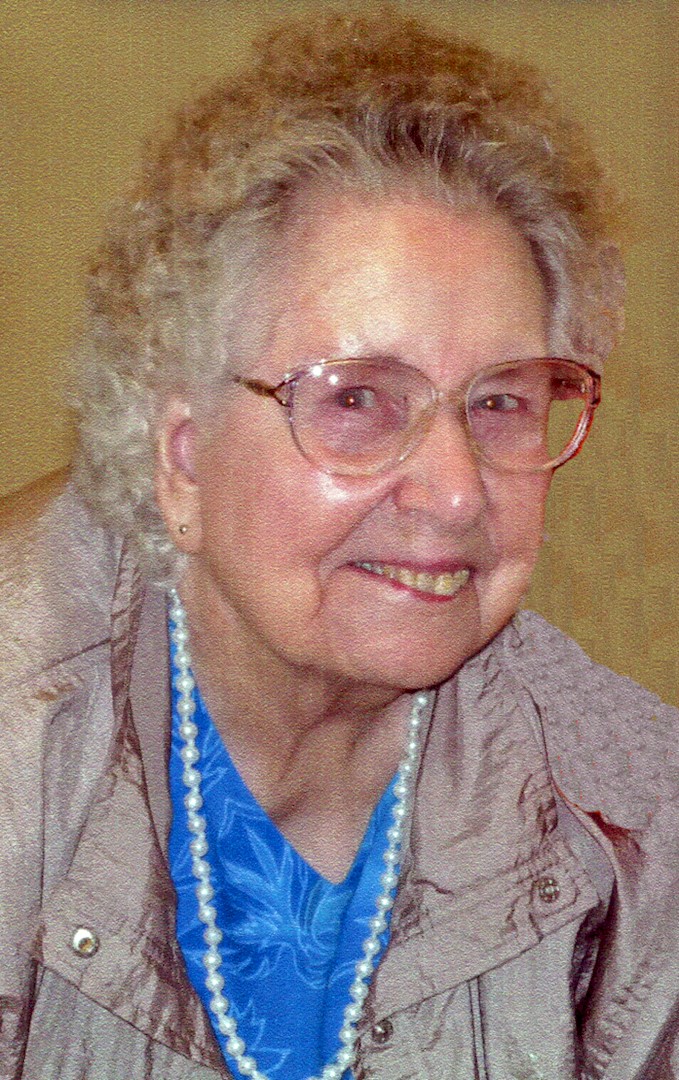 of Philip formerly of Kadoka, South Dakota, died on Tuesday, September 1, 2020 at the Philip Nursing Home at the age of 99

Eva Ruth Larmer, better known as "Ruth" by her family and friends, was born September 6, 1920, to Walter and Bertha (Jacoby) Becker in Charles Mix County, South Dakota. She grew up there until 1933 when the family moved to Hisle which is located south of Wanblee. Ruth completed her education there attending through the 8th grade at the Hisle School.

Ruth worked at the local post office where she met Vance Larmer. Vance’s mother ran the post office Ruth was working for, so this meeting was fate. They were united in marriage on September 3, 1938, in Martin, South Dakota. After getting married they farmed and ranched northeast of Hisle from 1938 until 1944. In 1944, Vance and Ruth moved to a farm/ranch located five miles east of Hisle where they continued to reside until 1977 when they moved into Kadoka. During their time in Kadoka they met Kenny and Chris Kusack. The family wishes to extend their thankfulness for keeping Ruth company while living in the Philip Nursing Home as well as the staff and doctors who cared for her.

After Vance's death on February 12, 1999, Eva continued to reside in Kadoka until moving into the Philip Nursing Home. Ruth was a member of the Kadoka Presbyterian Church for many years.

Survivors include Walter (Kris) Hamel of Rapid City, David Hamel of Lakewood, Colorado, and Jerome Wiedman of Painsville, Ohio; and a host of other relatives and friends.

She was preceded in death by her husband Vance; her parents; two brothers Fay (MaryLou) Becker and Ray Becker; and two sisters Elizabeth Shepard and Doris Mae Wiedmann.

Graveside services will be held at 1:00 p.m. on Saturday, September 5, at the Martin Community Cemetery with Pastor Jesse Taylor officiating.

MUSIC
"In The Garden"
"Amazing Grace"