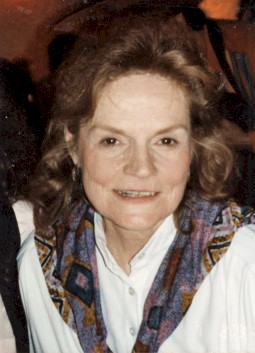 Dorothy Jean Jones was born on March 11, 1926 in Aurora, Illinois to Walter and Ruth (Hedinger) Juhnke. After high school she attended North Central College for three years. After getting married she moved to South Dakota where she raised her two daughters and worked at various secretarial jobs.

While living in Pierre, Dorothy was involved Meals on Wheels, Home Care, the Hospice Program and the Injured Raptor Group. She also played clarinet with the city band and sang with the Sweet Adelines.

When she was in her 20’s and 30’s she taught swimming for the Red Cross and was choir director at the United Methodist Church. She adored her grandchildren, Shane, Jon and Sarah and was always trying to beat them at Scrabble.

Dorothy was an adventurous woman. She loved to swim, fish, hunt, hike, ride horses, dance and was famous for climbing any tall tree she happened upon. She had a great love for animals. Her cats and dogs were her good companions. She oil painted all her life and was involved in the Wall Art Guild.

They say “it takes a village to raise a child.” This also applies to the older folks. In her later years the people of Wall were kind and made her feel welcome and at home.

Grateful for having shared her life are her daughters, Kathleen Kolb of Rapid City and Patricia (Rick) Hustead of Wall; grandchildren, Shane Stirling of Minneapolis, MN, Jon (Kathleen) Hustead of Omaha, NE, and Sarah Hustead of Wall; great-grandson James Gibbons; and many other relatives and friends.

Dorothy was preceded in death by her parents and her brothers, Charles and Don Juhnke.