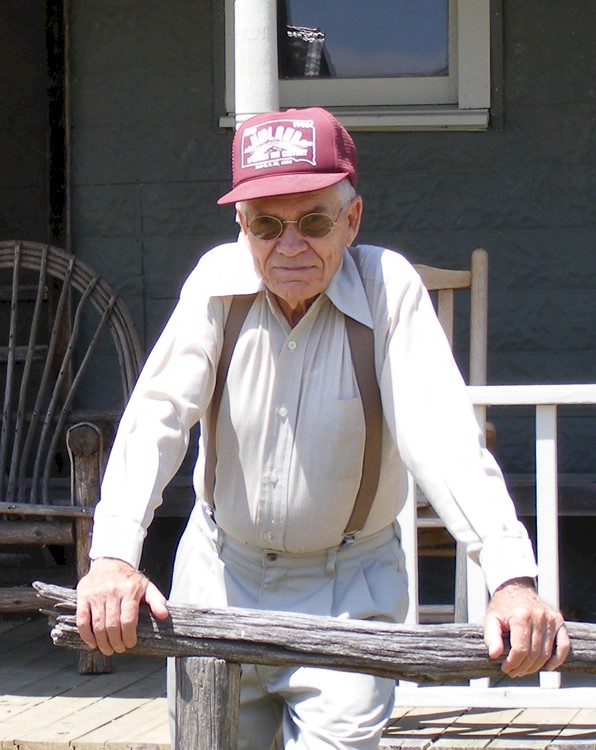 of Midland, South Dakota, died on Thursday, March 19, 2020 at the Hans P. Peterson Memorial Hospital in Philip at the age of 97

Mahlon stayed on the ranch with his father after high school until October of 1945, when he entered the U.S. Army. He received his training at Camp Robinson, Arkansas before being stationed in Virginia, 40 miles from Washington, D.C. He was honorably discharged in November of 1946, and he returned to the farm/ranch.

Mahlon retired in 1990, and moved to Midland where he has since resided. When he sold his farm and property, all proceeds were donated to help the town of Midland.

Over the years he was part of many organizations including the Bad River Dance Club, Old Stanley County Historical Society, Senior Citizens, treasurer of the Open Bible Church, a part-time keeper of the Midland Museum, and a life member of American Legion Post #143 of Midland.

Mahlon was an avid Midland Vikings fan traveling near and far to games. He was even honored several times for being a faithful supporter.

Mahlon passed away peacefully at the age of 97, on March 19, 2020, in Philip, South Dakota, with his cousin Judy Fosheim by his side after living a very long and successful life.

Even though Mahlon had no siblings he leaves behind many relatives and friends to mourn his passing.

He was preceded in death by his parents.

Because of the Coronavirus, a memorial service will be held at a later date.

Because of the Coronavirus, a memorial service will be held at a later date.