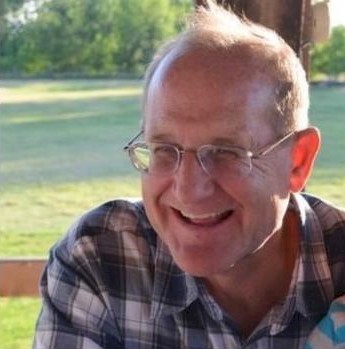 of Colorado formerly of Philip, South Dakota, died on Saturday, January 25, 2020 in Colorado at the age of 62

John Albert Brucklacher went to live with our Lord on January 25, 2020. He was a beloved husband, father, grandfather, friend, community activist, and avid sports fan. He leaves behind a legacy of good will, generosity, love for others and an overall infectious positive spirit.

John was born on May 17, 1957 in Sioux Falls, South Dakota. He is was the middle child in a family of seven siblings, helping him become a master peace maker and negotiator. John’s parents were Alvin and Lenore Brucklacher of Swedish and German descent. It was a hardworking, devoutly Christian family. His father was an ordained Lutheran minister who served many churches throughout South Dakota which required the family to move often when Al was called to a new parish. The family eventually settled in Philip, South Dakota where John attended highschool.

John began work early in life and found great joy in accomplishments, until his health forced him to slow. He began paid work at age 12 as a paper boy, then went on to work throughout his teen years at the local grocery store. His siblings joked that John always had money, and paid his brothers and sisters to do his chores around the house, so he could have the freedom to work elsewhere. The family had very little in terms of monetary riches, but it was rich in faith, and love.

John was an active young man. He played multiple sports and was active in church youth programs. Tragically, during one summer youth camp, John’s second oldest brother, Paul, dove into a pond to help rescue a struggling young girl. When Paul did not surface, John, at the age of 13, was the one to dive in, only to find his brother had passed. This event dramatically changed John in many ways, helping him to become the amazing, thoughtful and generous man he was known for.

John received a football scholarship to attend Texas Lutheran College, but after an injury forced him out of the sport, he graduated college from The University of South Dakota, receiving a degree in Criminal Justice. His first position was working near the Pine Ridge Reservation in South Dakota. John was soon recruited and hired by a mid-sized convenience store company based in Casper, Wyoming. He worked a short while in North Dakota, managing several stores and then was promoted to district manager and moved to Casper where he met his soon to be wife, Linda.

John and Linda were married on February 7, 1981, and were transferred to Rock Springs, Wyoming. Their daughter, Ashley, was born in 1984. At one time, John was responsible for nine stores throughout western WY and northern Colorado. Eventually, a colleague enticed John to branch out and consider buying his own franchise store in California. The family moved to San Andreas in 1987. From this first store, John eventually built and operated up to 6 stores of his own. San Andreas proved to be a beautiful place to live and raise a family. The couple adopted Jesse in 1992.

While in San Andreas, John was extremely active and involved in all aspects of the small community. Some of his efforts include: Church trustee for many years, active in the Lions Club and the San Andreas Progressive Club. John was instrumental in helping to build Turner Park, and helped develop and create the Calaveras Youth Basketball League, and served on the cemetery board. He loved coaching, including basketball, youth football and Ashley’s high school softball team. He, with Linda, and two other families, established Calaveras Gold Gymnastics Center in San Andreas.

John’s love of sports took him to many events and helped build lasting friendships. One of his favorite teams became the Wyoming Cowboys which he adopted fully after moving to Colorado in 2013.

John had an infectious, positive attitude about life, as well as a fun sense of humor. He accomplished much from a very modest beginning. However, he was humble, incredibly generous and always interested in others. He believed in the phrase, “Why wait?” If there was something needed done, he would drop what he was doing and do it. He also mentored many people in their quest to learn, especially in the area of business, and built close relationships from employees to community professionals.

John was taught to love the Lord, and when it was his time to go, his last wish was to honor his parents and life itself, through donations to causes he loved. John is survived by his wife, Linda; his daughter, Ashley and son-in-law, Spencer and grandchildren, Olivia, Jaxon, and Levi John; his son, Jesse; three brothers Mark Brucklacher, Perry Brucklacher, and Bruce Brucklacher; two sisters Marie Radway and Janis West; and many nieces and nephews. All of his family including brothers, sisters and their spouses gathered together in song and prayer to send John to his eternal home.

An open house will be held from 1-4 p.m. on Saturday, June 6, 2020 at the Brucklacher Ranch at 22046 Park Avenue near Philip, South Dakota. Pastor Kathy Chesney will be giving a celebration of life service at 2 p.m. Light refreshments will be served.

Donations in John’s memory can be made to the United Methodist Church of Philip, South Dakota