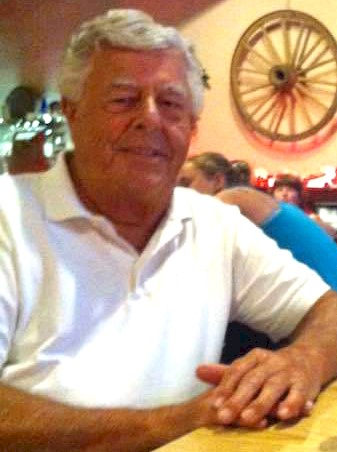 Gerald "Jerry" Carley passed away peacefully under the care of hospice on November 16, 2020, in Clearwater, Florida.

Jerry was born on November 24, 1935 and raised in Sioux City, Iowa, where he met his first wife, Joan DeMers. They were married in August of 1954 and had four children: Cindy, Don, Terri, and Maureen. Jerry married Audrey Iversen (Barber) in October of 1968 and had two children: Gerald (Jerry) and Milo. With his marriage to Audrey, three children from Audrey’s previous marriage were added to the extended family: Georganna, Chris, and Roy.

During his high school years, Jerry worked at various supermarkets. During his senior year, he worked full time on the night shift at the Old Home Bakery. After he graduated in 1954, he spent a brief time as an apprentice carpenter before returning to the grocery business. In 1957, he worked for Swift and Company as a meat salesman. In 1960, the company transferred him to Rapid City, South Dakota. In 1963, he accepted a job with Western Wholesale Liquor Company as a liquor salesman. One of the businesses he sold liquor to was a distressed American Legion club in Philip, SD. In 1966, he purchased their liquor license and built Jerry’s Steakhouse and Lounge.

In 1977, he and his wife, Audrey, purchased a local grocery store from Larry and Mary Deis. Shortly thereafter, they purchase the Fashion Shoppe that Audrey ran on a daily basis. The Fashion Shoppe eventually expanded to a total of three locations in surrounding towns. Jerry was quick to point out the importance of Audrey in their successful business ventures.

Jerry was a long-time board member of the First National Bank in Philip. Prior to retiring from the board, he was recognized for 37 years of dedicated service. He was also a long-time member of the Masons. He joined the Morning Side Lodge #615 in Sioux City, Iowa in 1958 and eventually transferred to the Philip Lodge #153 in 1980. He received his 60-year service pin in May of 2018.

Jerry was very proud of the community of Philip and the hardworking men and women who called the Philip area home. Even though he lived in Florida most of the time after his retirement, he kept his house in Philip so he could return and be with friends and family during golfing and lawn mowing season.

Jerry was thankful to spend his last years with his very special partner, Marie Bard. Jerry and Marie were active in their condominium association and hosted various social events. They were members of the Yacht Club in Clearwater Beach, Florida and were known to play a competitive board game to see who would pay for supper.