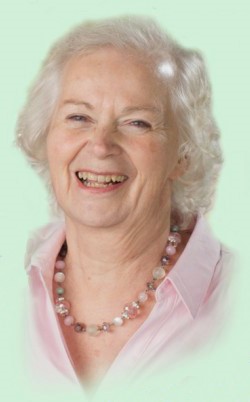 LuAnn married Jim Baker on June 17, 1962, in First Lutheran Church in Philip, South Dakota. LuAnn and Jim moved to Seattle, Washington shortly after getting married where they eventually started their family. As the years passed LuAnn was a homemaker and mom to her three children while Jim worked as a pipefitter for Local 32. LuAnn eventually opened a day care in her and Jim’s home. After she closed her daycare Luann went to work for the Agape Chapel as a receptionist. LuAnn made it a priority to be involved heavily with her community in any way she could. Regardless of where she went, she never met a stranger, and would find something to talk about with anyone around her. Holidays were important to LuAnn, and she always decorated her house no matter how small the holiday is to others. There was not anything LuAnn loved more than her family including her siblings, children, and grandchildren. She would carefully organize events making sure every detail was carefully thought-out and executed. From Birthday gatherings to Christmas Eve dinner, every event was special and planned out thoroughly. Throughout the years Luann touched the lives of those who came into contact with her. She passed on recipes, advice, jokes, but most importantly, love. LuAnn and Jim built a home full of laughter, love, and memories that will last forever.

The love LuAnn imprinted on all of those in her life will be passed on for years to come. LuAnn was known differently to each person she came into contact with: daughter, sister, best friend, confidant, bride, wife, neighbor, mom, loving, organizer, joyful, grandma, one of a kind, LuAnn.

She was preceded in death by her father Luther and mother Andrena.

A celebration of life service will be held at a later date.