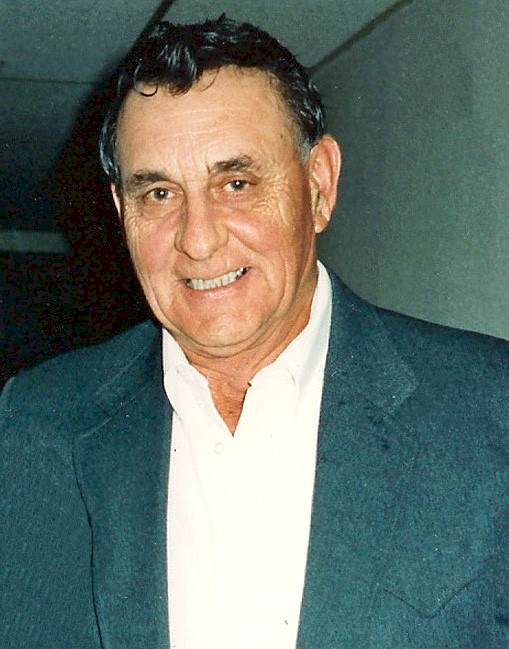 of Philip formerly of Midland, South Dakota, died on Friday, May 15, 2020 at the Hans P. Peterson Memorial Hospital in Philip at the age of 91

Delmer was born August 14, 1928 to Harry “Gramp” and Opal “Jake” (Urban) Finn in their home southwest of Wanblee, South Dakota. Gramp and a neighbor lady delivered Delmer. Gramp noticed a “film” on Delmer’s face and decided to remove it. (This is now called a veil—amniotic sack—and is rare.) After his birth, Gramp told the mailman to send the doctor out to their place.


Delmer attended his first three years of school at the Eagle Nest Rural School near Wanblee. When two of his siblings, Dorothy & Duane, began high school, his family moved south of Kadoka on the White River. Delmer then attended grades 4-7 in Kadoka. His 8th grade year, the Finn family moved near Midland, and Delmer graduated from Midland High School in 1947.


Delmer was a horse enthusiast and rode his horse to school every day, leaving it in the stockyard in Midland and walked the rest of the way to school. Delmer was a horse wrangler. He received $10 to break a horse. The hardest horse he ever broke came from south of Kadoka. This horse would chase everyone out of the corral, so the owner gave him to Delmer. With lots of apples, sugar, and other treats, Delmer gained the horse’s trust and was able to break him. The previous owner saw this and took the horse away from Delmer and sold it after giving it to him. Delmer also put up wind chargers and wired houses as well as hauling hay and grain for the Midland elevator while in high school.


Two years after graduating from Midland High School, Delmer married his high school sweetheart, Nina Livermore, on August 27, 1949. Nina was 19 and Delmer had just turned 21. After their marriage, they made their home near Midland while Delmer worked for his bother-in-law, Irvin Severson, northeast of Midland. They spent four of the next five years at the Severson’s, with one year in Oacoma. It was at this time that their two sons, Danny and Donnie were born. The family later moved to Gettysburg to work for Harry Manful. It was there that they met their lifelong friends, the Griffeths.


Delmer bought a piece of land west and a little north of Midland from Charlie Nemec and moved back to Midland. While building a basement house on the home place, Delmer and Nina with the two boys, Danny and Donnie, lived between both parents’ homes. They lived in their basement for three years before getting the upstairs finished in 1959. While in the basement, their third son, Tom, was born. The first winter that Delmer was home, he worked in town making insulation while feeding his cows before and after work. After that first winter, Delmer began farming full time.

Nina and Delmer enjoyed the dance classes from Jerry Klouse. Although Nina started going alone, it was not long before Delmer followed. You could not stop him after that. They were regularly active in the Bad River Dance Club for several years. Schoniger’s, Phillips’, Olson’s and Finn’s partook in many dance trips together, traveling in the "Skippy Wagon." Some of these trips included Las Vegas, area states, and the Mitchell Polka Fest, which was their favorite. Nina and Delmer enjoyed travelling to many dances throughout the Midwest. In addition to their numerous dance trips, they took a Caribbean Cruise with Eddie Skeets.


Delmer retired and he and Nina moved to Rapid City in May of 1997. It was there that he enjoyed growing a garden, especially tomatoes. He worked for Slingsby and Wright for ten years as a greeter. He enjoyed visiting with the patients and especially with those who came from the Midland/Philip area.


Delmer was never short on conversation and enjoyed visiting with everyone. He loved spending time with his grandchildren, telling them stories - “a bear under a feed bunk” - teaching them “Benedy, Benedy, Dirtz” and Stepenitzas.


In June of 2015 Delmer sold his home in Rapid City and moved into the Senechal Apartments. Delmer will be greatly missed and fondly remembered by all who knew him.


Delmer was preceded in death by his wife of 70 years, Nina; a granddaughter Clara Finn; his parents; two brothers Duane and Ulane “Cork” Finn and one sister Dorothy Brown; and daughter-in-law Deanna Finn.

In lieu of flowers, the family requests that a donation be made to the Pioneer Museum in Midland or the Philip Nursing Home in Delmer's memory.

Graveside services will be held at 10:30 a.m. on Saturday, October 9, 2021 at the Midland Cemetery with Pastor Kathy Chesney officiating.